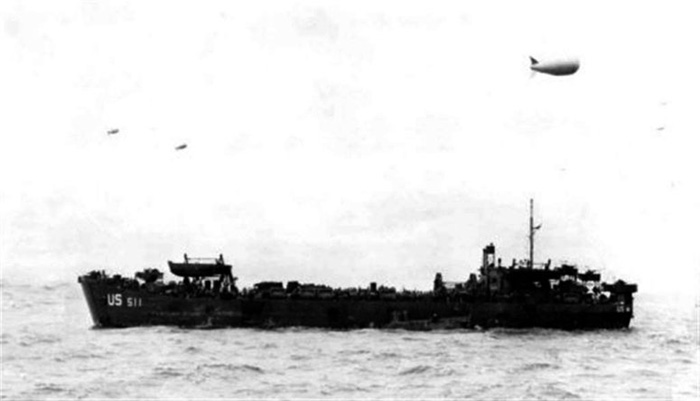 USS LST-511 off the Normandy, Omaha Beachhead, Red Beach, D-Day, 6 June 1944. LST-511was designated a hospital ship for the invasion with two doctors and a contingent of corpsmen. She completed 50 round trips from English ports to the Normandy beaches. Photograph: US Navy.